“We are very happy to receive Wilhelm-Herbst-Award in Bremen again,” Sergey Molchanov, CEO and owner of ECHO Ltd., stated. The company is a proven reliable partner of BEGO. ECHO Ltd. has been present on the Russian market since 1991 and is one of the oldest and most active BEGO partners worldwide. ECHO is known for its unique sales concept based on training and market development. The company offers to its customers a product-mix optimal for the Russian market, as well as professional support system based on the Training Center invented by BEGO. As of June 2017, ECHO will run “Academia Dental” in Russia, a BEGO project that has been so far implemented only at BEGO head office in Germany.

BEGO, a Bremen-based dental company, rewards its strongest partners for their outstanding marketing activities and achievements in sales of BEGO products worldwide with Wilhelm-Herbst-Award at annual BEGO International Sales Symposium. 81 guests who arrived in Bremen from 31 countries to attend the event, eagerly awaited announcement of the winner. 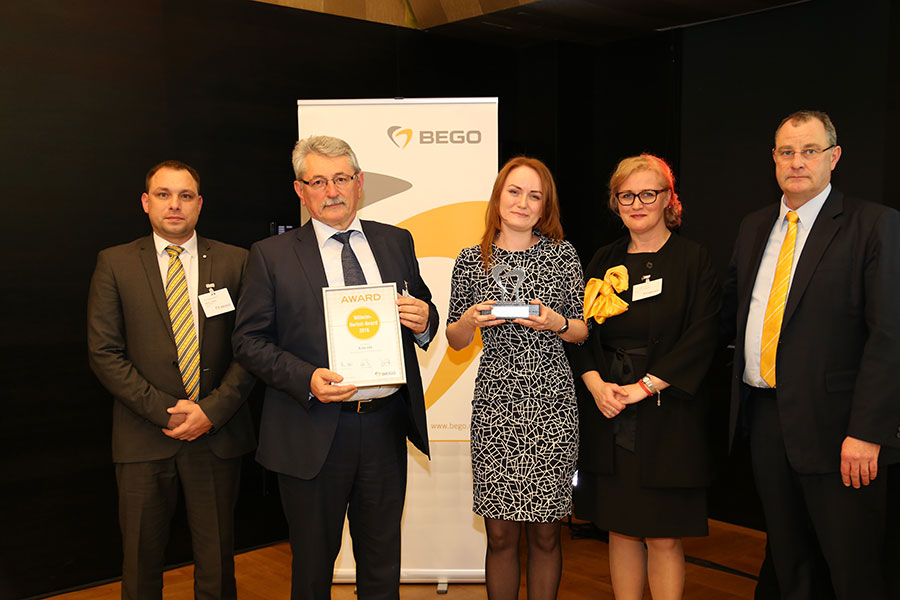